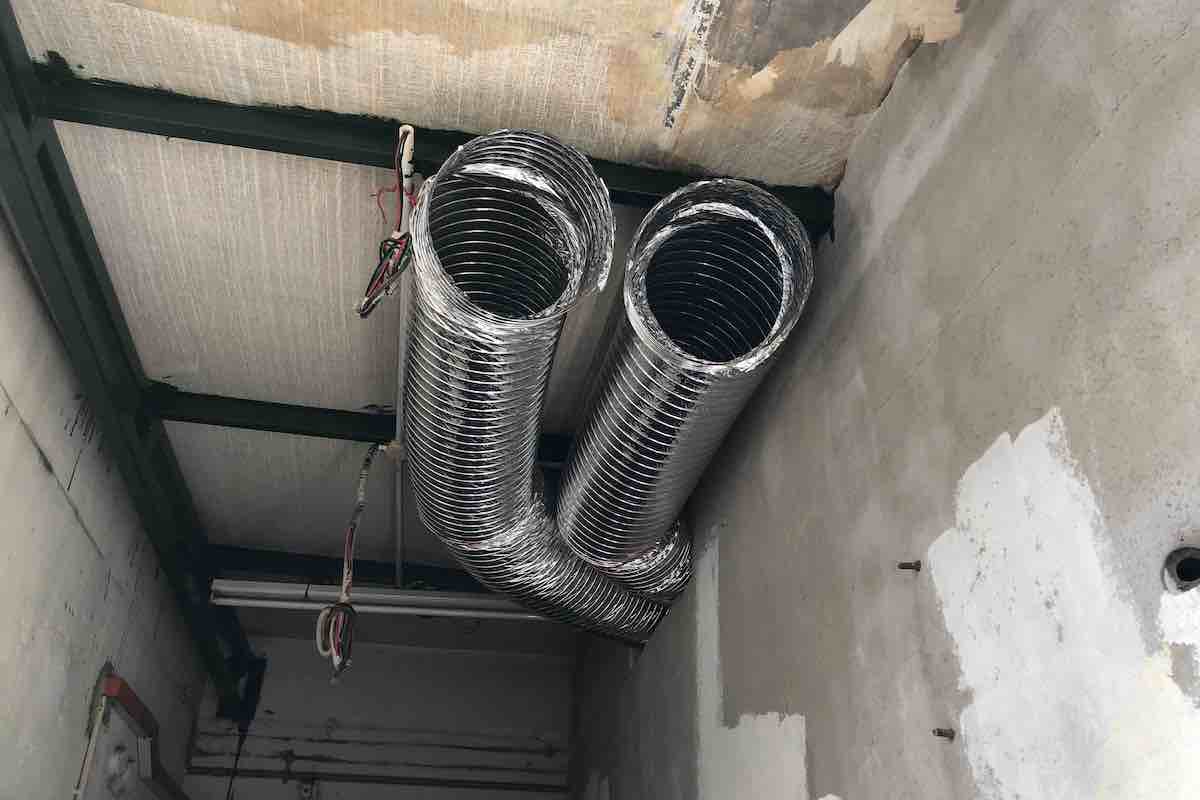 Many people often have low airflow problems in their HVAC system. Sometimes, it is due to insufficient fan static pressure. Hence, it is important to understand the static pressure in HVAC.

Air conditioners, blowers, exhaust fans and other types of fans have a certain amount of static pressure depending on their design and airflow capacity.

How much airflow can be delivered by a fan is directly proportional to its static pressure. The higher the static pressure, the greater the airflow subjected to the maximum capacity of the fan.

Conversely, if the fan static pressure is not enough, the fan may not even be able to supply the airflow as promised on its specification sheet or nameplate.

But, if the external static pressure raises to 0.8 in.wc, the same gas furnace is now left with only 670 cfm of airflow. That’s more than 20% reduction in airflow!

Therefore, it is important to select the correct fan static pressure based on the required airflow.

The unit of measurement for static pressure is commonly expressed as follow:

Below is the static loss of a few common ductwork components:

From the above table, we can see that different components have different static losses. The amount of static loss for an HVAC component is depending on the criteria such as size, airflow and length.

For VCDs or volume control dampers, the position of the damper blade affects the static loss value. The more you close the damper, the higher the airflow resistance and thus, the greater the static loss.

Flexible ducts generally have a higher static loss value than rigid ducts because they tend to bend in the middle. Otherwise, if a flexible duct is stretched perfectly straight, it has the same static loss as a straight round duct.

Undersized return air grilles and supply air diffusers not only produce more noise but they also cause high static losses which in turn reduce the airflow.

Lastly, the better the air filtration performance, the greater the static loss.

Therefore, we must pay attention to certain ductwork components that have exceptionally high static losses such as flexible ducts, return air grilles, supply air diffusers and air filters when calculating the required fan static pressure to ensure the required airflow can be delivered.

Static pressure is important when selecting a fan. In order for a fan to delivery the required airflow, it must have enough static pressure to overcome the total static loss which is the sum of the static loss of all ductwork components.

Below is a diagram showing the characteristic of a typical fix-speed axial fan:

Now, let’s see what happen to the fan if we overestimated the total static loss.

As you might have guessed already, the fan will supply more airflow than it is required. If we selected the fan based on 0.4 in.wg but the actual static pressure required is 0.2 in.wg only, the resulted airflow will be around 240 cfm.

Nonetheless, the total static loss calculation is almost impossible to be 100% accurate. Many elements involve in the calculation are mere assumptions.

Therefore, we should expect the airflow to be at a range. In other words, we should give a safety factor in the static loss calculation. Usually, more airflow is better than not enough airflow.

However, more airflow or higher static pressure will lead to a more expensive fan.

Otherwise, we can select a variable speed fan to enable a wider range of operation thereby reducing the risk of airflow oversupply or undersupply.

One example of a variable speed fan is the performance datasheet shown earlier. The gas furnace has 5 different airflow rates at a single static pressure condition thanks to its multiple fan speed settings.

Some HVAC ductwork components have exceptionally high static loss value. Hence, it is important to be aware of them and increase the fan static pressure as necessary.

Purchase and download the HVAC Basics (eBook) to learn more about HVAC components and applications.