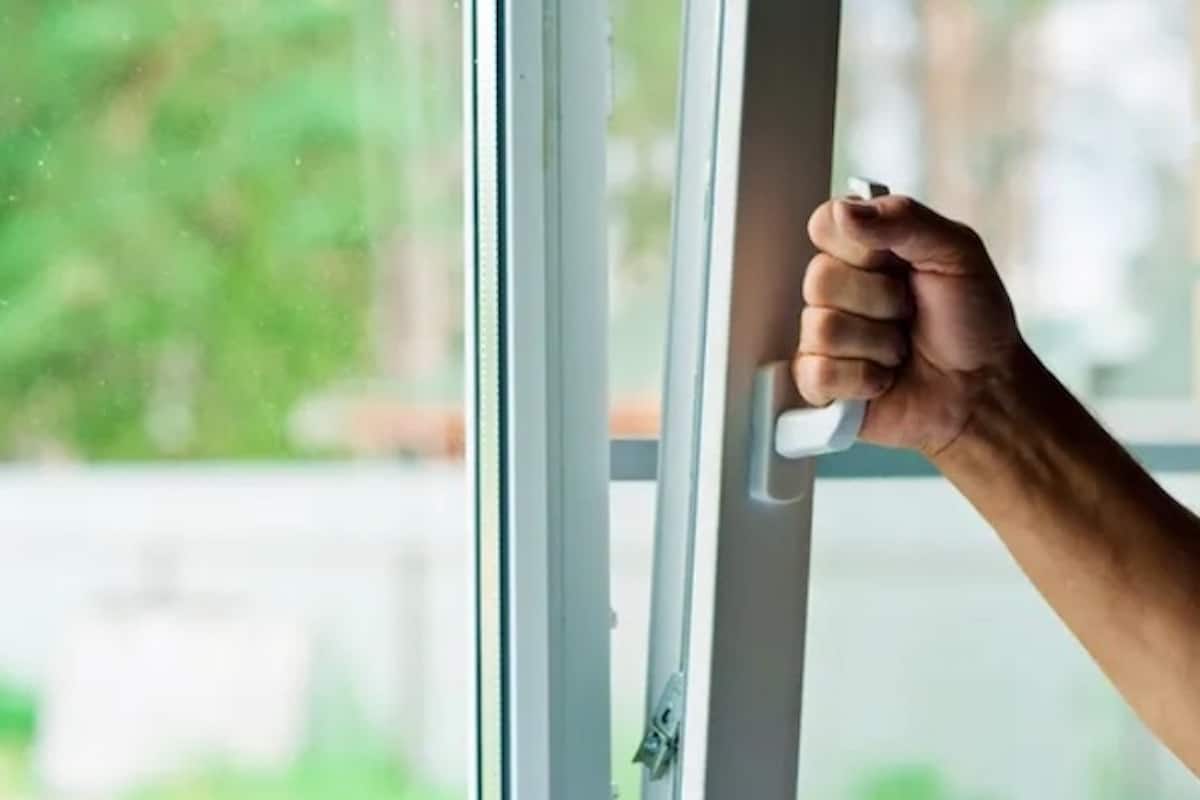 Most of the time, people suggest using the natural way which is to open windows and doors to let outside air come into the house. Other people said that swamp coolers or evaporative coolers can do the job. Meanwhile, some people think that it is impossible to be comfortable without air conditioners.

To find out whether there are alternatives to air conditioners, we must understand the principle behind each alternative suggestion. Perhaps, they won’t work as you expected.

If you search on Google, most people suggest you open windows and doors to cool your house if you don’t want to install and use air conditioners. Well, it is super obvious. The chances are people already tried it and it doesn’t work.

The open windows and doors method is technically known as natural ventilation. Fundamentally, natural ventilation makes the condition of the air in your house the same as the outdoor air which is unacceptable to most people, especially those living in a hot and humid country.

While natural ventilation does cool your house to a certain extent, it most likely won’t work as you expected. By just opening windows and doors, the outdoor air won’t enter your house and circulate thoroughly unless it is windy. Furthermore, not every room has a window and we often need some privacy and therefore, some of the doors got to be closed.

So, I’d say that the open windows and doors method is not exactly an alternative to air conditioners.

Moreover, unless you are living in a clean air place, your indoor air quality will be bad if you let much outdoor air come into your house. Meanwhile, most places don’t have good air quality nowadays.

American Society of Heating, Refrigerating and Air-Conditioning Engineers (ASHRAE) suggests that home ventilation rate should not be less than 15 cfm per person [source]. A wall-mounted propeller ventilation fan has a minimum airflow rate of around 50 cfm. So, one fan can cater to 3 persons.

However, small ventilation fans don’t have enough strength to pull air from a large space. Thus, they are only suitable for small rooms like the bedroom and toilet. So, a large fan may be required.

But, forced ventilation also possess the same problem as the open windows and doors method which is the introduction of dirty outdoor air. Nevertheless, you can solve it by putting a filter before the fan.

Still, it is only applicable for cold and dry climates. In countries like Malaysia and Singapore, our daily average outdoor air temperature is around 30°C and the relative humidity is about 85%. Humans generally feel comfortable at a temperature around 24°C and relative humidity around 55%.

So, cooling our house with forced ventilation a.k.a. the outdoor air is definitely not practical. However, in countries like Portugal and Greece, forced ventilation is an excellent alternative to air conditioners because their weather is comfortable.

Countries like China and South Africa may have cool weather but the humidity level is too high (~70%) which is both uncomfortable and potentially causing mold and fungus growth issues.

Swamp coolers or evaporative coolers or air coolers are very popular among people who seek air conditioner alternatives. However, many of them ended up in disappointment.

Roof ventilators adopt the principle of cool air is heavier than hot air to cool your house. They do work but require a large volume of air to be effective. Furthermore, it is the same as the open windows and doors method as well as forced ventilation.

With a roof ventilator, you are basically introducing outdoor air into your house which again, the problem of dirty air and appropriate weather conditions.

In my opinion, the answer is yes. Air conditioners are inevitable and they will become an essential appliance in most houses just like the refrigerator, water filter and computer.

More and more people around the world need air conditioners as Earth is getting hotter and hotter. This is supported by IEA research back in the year 2018. Below is the summary of the research:

So, the world needs air conditioners. But, the electricity cost is high. How can we solve this problem in our own house?

When it comes to split air conditioners or mini-splits, there are several brands to choose from. In countries like Malaysia and Singapore, I would recommend Daikin or Panasonic. For the United States, I suggest Daikin or Senville or Pioneer.

Because air conditioners are becoming an essential appliance in our home, we can’t help but to use them and be aware of the practices that we need to follow to reduce energy usage as much as possible like a) only switching them on when needed, b) service them regularly and c) don’t set the temperature too low.

How to Reduce Climate Change While Using Air Conditioners?

Apart from the practices we just discussed earlier, there are other ways to reduce the impact of air conditioners on global warming and climate change.

But before that, do you know that many people don’t realize that air conditioners by themselves don’t cause harm to the environment?

So, power plants are slowly transforming from burning fossil fuels to using solar panels and sunlight to generate electricity. See the top 19 biggest solar power plants in the world.

Fundamentally, air conditioners must be highly efficient in energy usage and the power source must be environmental-friendly in order to solve climate change problems.