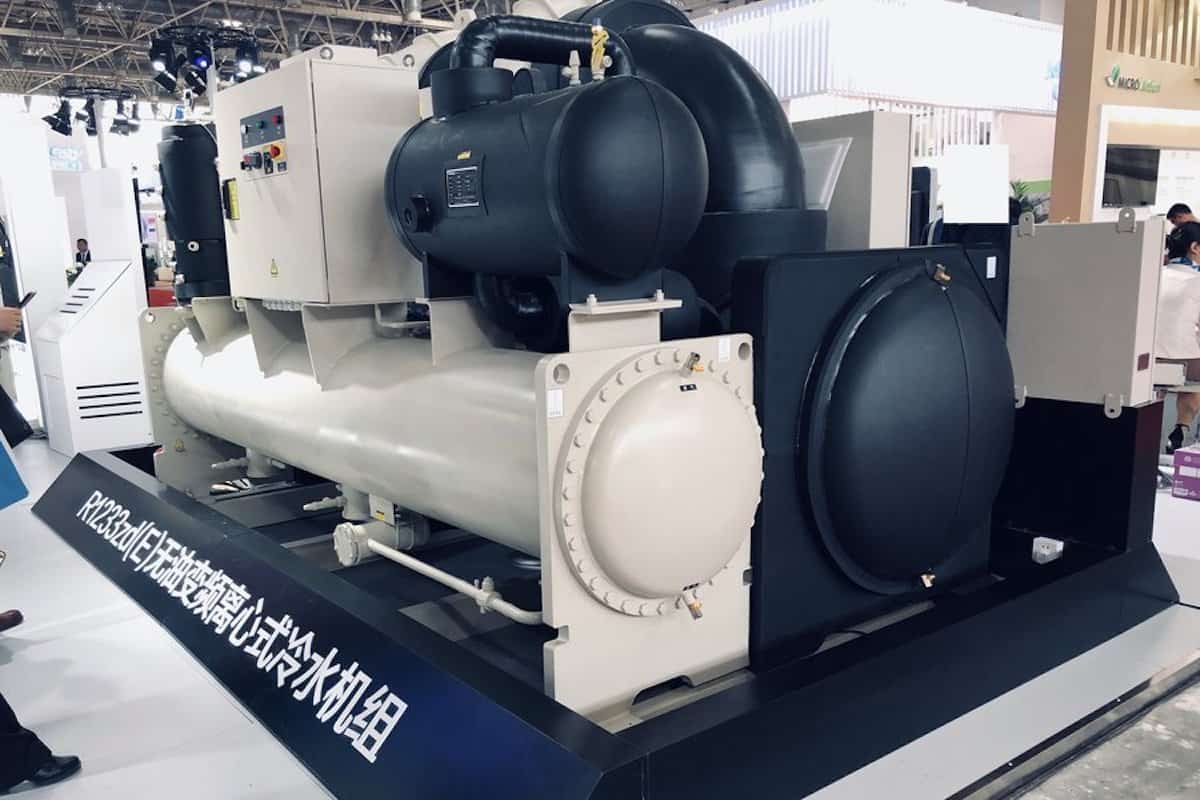 How Do the Water-Cooled Air Conditioners Work?

You can think of a chiller as a giant compressor. Similar to a home air conditioner, it operates with the principle of the refrigeration process. Instead of removing heat with air like the home air conditioner's outdoor unit, a chiller does that with water. Hence, the name water-cooled chiller.

Chillers and pumps are often located in a chiller plant room. Because chillers produce loud noises, the chiller plant room is often designed to be at the basement level. On the other hand, cooling towers usually located at the roof because it needs outside air to remove the heat.

With a chilled water system, the entire building is full of pipes to transfer the chilled water around to each evaporator (fan coil units, ceiling cassettes, etc.) and the condenser water all the way from the basement to roof.

In short, water-cooled air conditioners do consume water due to the natural evaporation of water at the cooling tower.

The chilled water is a closed-loop system. Hence, water will not disappear if there is no leakage. However, the condenser water is an open-loop system. When water is splashed across the fin of a cooling tower, it evaporates easily. Over time, the water level drops significantly.

Other Types of Air Conditioners that Use Water

Water-cooled package air conditioners use water for the evaporator and the air for the condenser. Similar to the chiller, it sends chilled water to the evaporators such as fan coil units and ceiling cassette units. Different is at the condenser side, instead of using water, it uses outside air to remove the heat.

Air coolers use water as their source of cooling. Users need to constantly add water to an air cooler as the water constantly evaporates, bringing the heat along with it. Thus, air coolers are not air conditioners.

Air coolers are only capable of blowing air for as cold as the water temperature. Typically around 27-28°C unless you are filling the air cooler with freezing water.