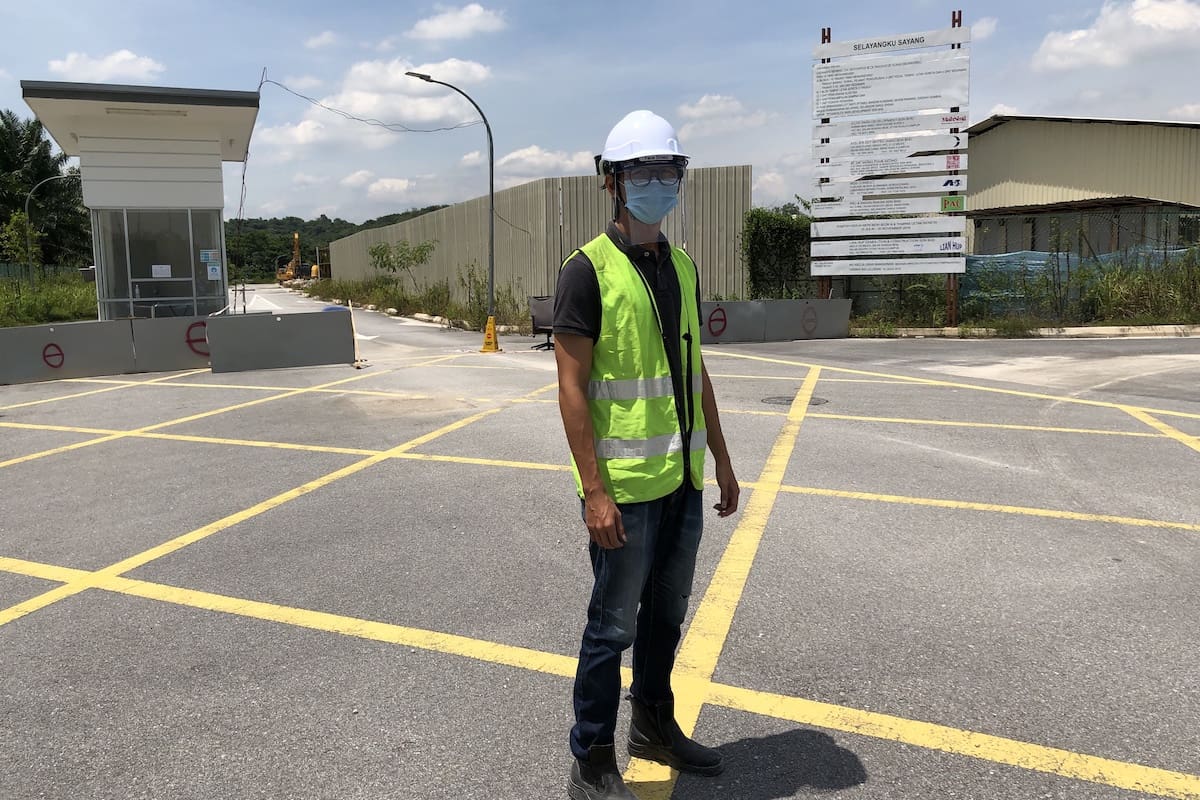 I started my first job straight as a project engineer because it seems like a cool job to me. Furthermore, the compensation was fairly good. Also, I get to move around sites rather than sitting in the office.

However, good project engineers take a step further to scan them into softcopy and store them inside Google Drive, iCloud Drive or other cloud platforms so that they can access them whenever they need and wherever they are.

At first, I always bring A0 size drawings and a bunch of documents along with me during site visits. After a few years of mess, I only need to bring what is necessary. The rest of the documents I can always access through my phone or laptop.

Apart from organizing softcopy files, sorting and labeling hardcopy files are equally important. After all, not all files can be stored inside a computer. Good project engineers are able to find what they are looking for in less than a minute.

I’ve seen many project engineers spending hours searching for important files such as approved materials, certificates and letters. They are essentially being unproductive and so, how can they be considered good project engineers?

Project engineers are required to read drawings, do calculations and sometimes do design works. Working on security cameras may not need you to have much technical knowledge but if you are going for the HVAC system, you’ll need to be good at technical know-how.

Many people may argue that they don’t need to know how to troubleshoot air conditioners because it is not their job but technicians’ job. However, not all technicians are experts and if you can’t help in some way, how do you expect them to follow your order?

Good project engineers use their technical knowledge to get things resolved quickly rather than waiting for others to solve the problem. Nevertheless, they still work within their scope of work.

Project engineers use the computer more than anyone else in a construction project. They use a computer to write letters, prepare shop drawings, prepare submissions and working on project schedules.

Most project engineers have basic computer skills such as using Excel, Word, Outlook and Gmail. However, good project engineers are synchronizing their work with supervisors using Google Docs, Sheets and Slides.

When I was working as a project engineer, I’ve seen some project engineers don’t know how to use a printer. They have no idea how to connect a printer, let alone working efficiently with a computer.

Many project engineers seem to work with a computer all the time but if you look closer, most of them are wasting time on figuring out how to use the software and functions in the computer.

Good project engineers can find a digital file within seconds. They often have several Excel calculators ready for them to do any design checking work when necessary. Furthermore, they know how to use the function available in Excel and Google Sheet to make their work more automated and efficient.

Good project engineers have good people skills which they can maintain a good relationship with almost everyone on the construction site. They know how to talk and react to different kinds of people involved in their work.

Many project engineers tend to fight or build bad relationships with the people on the construction site. Some of them couldn’t keep their emotion and ego, resulting in having pointless arguments with the clerk of work and client.

Good project engineers know what other people want to hear. They’ll reorganize the same information and present it differently so that they leave a good impression on their client.

After I become a senior project engineer, I always tell my juniors to kept their emotion and discuss with other people appropriately rather than keep making assumptions about others so that things can move and get resolved quickly.

Project engineers are required to write letters, prepare shop drawings, send in RFIs and obtain approvals from the consultant. They need to be able to present the information in a way that is easy for other people to understand.

However, you yourself have good communication skills is not enough. Good project engineers have empathy in others and thus, they know that the people they are dealing with have weak communication skills. Thus, they will adjust themselves to speak the same language with them so that things can be discussed and resolved as intended.

Nevertheless, if other people choose to misinterpret information given to them, good project engineers will not argue with them because they have good people skills. Instead, they’ll go by the law and contract.

Good project engineers read and understand legal and contractual matters. They write good letters to protect the company they are working in from legal issues.

When I was working as a project engineer, other project engineers from the same construction site often discuss and confirm works verbally, resulting in poor records and work not entitled to claim from their client.

Many people working in construction sites don’t know much about legal and contract. They may verbally instruct you to proceed with the work despite it is inappropriate.

Good project engineers combine their people skills and contractual skills and take initiative to issue a confirmation of verbal instruction (CVI) to let the people who issue instruction verbally sign and be responsible. Otherwise, the company they are working in may suffer from losses due to unofficial instruction.

Moreover, good project engineers kept records of delays caused by others. They know that these records are important when it comes to requesting an extension of time (EOT). They understand how the legal process works for the given contract.

Project engineers having many meetings and discussion sessions to attend. Besides, they also need to schedule their time for work inspections and site walks.

Good project engineers are disciplined. They attend meetings promptly and sometimes, arriving early so that they can build relationships with other people involved in the project.

Site supervisors, technicians and workers often don’t have good discipline. They are always late to work, not finishing their job on time and giving many excuses that are sometimes hard to accept.

As project engineers are leading site supervisors, technicians and workers at the construction site, they need to have good discipline so that they can gain respect from their subordinates.

Good project engineers create a penalty system for the people under them who are not behaving well and have good discipline. They’ll get rid of indiscipline workers to ensure that their team is productive and efficient.

Project engineers have to deal with all sorts of problems on the construction site. Some of the problems are caused by their own mistake and some are due to the fault of their workers.

Good project engineers accept their mistakes and move on quickly so that they can stay on top of the situation. Furthermore, they help their team to regain confidence and recover immediately in order to complete the project on time.

Mistakes are not uncommon on the construction site. Many junior project engineers tend to be caught in the emotion and get depressed thereby stop working with their team and ultimately affecting the site work progress.

Good project engineers are focusing on getting the work done. They put aside personal emotion and concentrate on resolving their mistakes and working on recovery plans, making sure that their mistakes don’t propagate further.

Project engineers work under stress all the time. They have a schedule to follow and a deadline to meet. If they missing a schedule or two, their boss may call them up and seek answers.

Good project engineers stay strong even when there is extreme pressure on their shoulders. They understand that they can’t fall down because their team needs them to make decisions and strive to complete the project on time.

During the final stage of a project, the client may exert a great amount of pressure on everyone working on the construction project because they’ll need to pay a penalty to purchasers if the project is delayed.

Good project engineers understand how other people behave when stressed. They put aside their emotion and continue to work on the important things which is the site work progress.

Many junior project engineers often break down under stress. They silently avoid going to the construction site and hardly answering any calls from the people involved in the project. By doing so, they are causing further delay.

Good project engineers have strong personalities. They speak confidently with everyone including arrogant subcontractors and rude foreign workers so that they can keep things moving.

Throughout my working experience as a project engineer, I learn that you need to develop the 9 skills of a good project engineer listed above in the correct order as below:

When you are able to handle almost all kinds of people and projects, you have developed the skills required for a good project engineer. Then, it’s time to think about your career advancement. See project engineer career path.

Hi, I hope my article was helpful to you. I'm actually quite enjoy working in the air conditioning industry. Maybe it is because Malaysia is a very hot country!